Lead Story - Putting yourself in someone else’s shoes 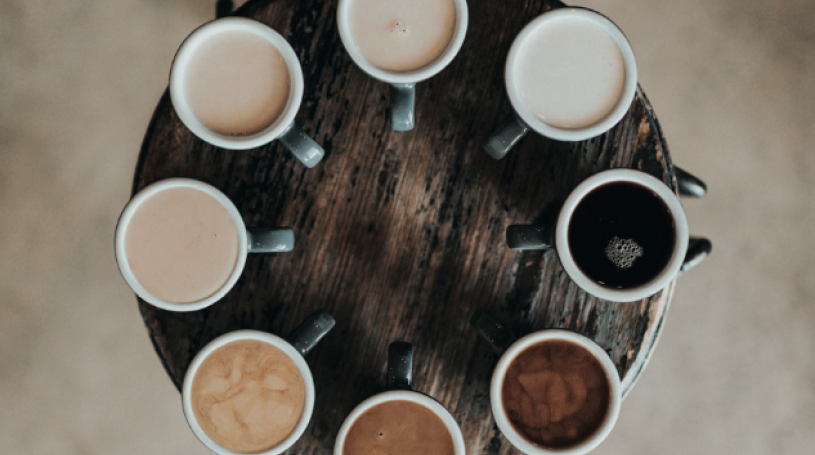 Learning about other perspectives makes us more well-rounded people. Diversity & Inclusion is an interesting topic gaining more and more attention. In this Lead Story we give the floor to a number of people with different backgrounds to speak about their personal experience regarding this topic.

I first studied diversity and inclusion as a student of social sciences in The Netherlands. Living in Hong Kong has completely changed the way I made sense of these things back then. Influenced by a dominant narrative related to the integration of minorities, I bought into the idea that learning Dutch and adapting to local customs ‘integrated you’; and that was as good as it got.

After moving to London for work, I saw people from different racial and ethnic backgrounds represented in all kinds of professions. I realized that I took it for granted that most professional jobs in The Netherlands were occupied by native Dutch. Seeing people with whom I racially identified led me to explore professions I never considered before. Similar to The Netherlands, however, a prerequisite for professional career success was speaking the ‘majority’ language. I concluded that ethnic minorities can get included in positions and get opportunities as long as they adapt themselves to the majority group.

Being an expat in Hong Kong brings a different perspective altogether. Different from England and The Netherlands, speaking the language spoken by the majority does not seem to be a prerequisite for professional success for all. In my home island of Curaçao and Hong Kong, speaking the language spoken by the majority alone, Papiamentu and Cantonese respectively limits your career opportunities. In Hong Kong being a fluent Cantonese and English speaking migrant from a Nepalese or Pakistani background does not necessarily mean you will integrate or access the full range of the labor market. A highly educated white Westerner, meanwhile, may not need to speak a word of Cantonese, nor have to adapt to any local customs, in order to occupy the highest positions in some corporations and institutions.

Being born in a country like Colombia does carry a certain stigma. Our passports are not known for being among the most “welcomed” around the world. There were (and still are) moments of waiting for a long time at customs when arriving in a country, having to go through a long visa process just to go for a holiday or, being interrogated for a long time to prove you can visit a certain place in the world; but that just comes with Colombia’s history and tells you how a few bad apples can spoil the experience for the majority of honest and hard- working people.

Even though, in a certain way (as much as we don’t like it), it tends to become “part of the process” for us. During those moments many people are just curious about our culture and sometimes they will even speak a few words in our language, which will always bring a smile when you are so far away from home, making us feel more comfortable.

In Asia specifically, people are very welcoming, respectful and truly interested in your background, which makes it easy to adapt to a new place and express yourself freely, as you would in your own country. This, in hand, helps to create a more inclusive environment to develop your work/activity in the best possible way.

Avoiding cultural stereotypes based on popular references or even wrong perceptions created by international media is probably a very important point to take into consideration when meeting someone, no matter where they are from. In my opinion, this takes down that invisible wall of “precaution” sometimes we may have and opens a more effective and rewarding communication channel between different cultures.

After almost ten years away from my country, I can confidently say that a diverse and inclusive group will always promote creativity (which leads to higher productivity), a variety of meaningful opinions, better performance and a higher brand and company value.

I am Kurdish and Dutch. I was born in Kirkuk, Iraq but grew up in the Netherlands from age 4. Whenever people in Hong Kong ask me where I’m from, I usually answer “from the Netherlands”. I have noticed that local people are fine with that answer and assume I’m just Dutch and ask me questions about the Netherlands. But Western people often want to know a little more about where I’m “actually” from. They follow up with sometimes subtle questions such as “Is that a Dutch name?” or more bluntly “You don’t look Dutch?”.

Even though I might look Dutch to the locals and am so according to my passport, I was definitely not when I was trying to get a visa on arrival in Shenzhen a few years ago. My husband and I were helped at the same time but at different counters. While he did get in with his Dutch passport, I was told to “get a visa at the Chinese Embassy” and was rejected for the visa on arrival. They didn’t give me any reason. However, the only difference between my and my husband’s passport is the birthplace. It’s also the reason why I sometimes get extra checks at airport securities around the world.

While my roots is sometimes an “extra” – extra questions, extra time spent but also extra language and cultural experience – I recently experienced that it was left out. I was going through an electronic application for a job at HSBC where one of the pages was dedicated to “Diversity and Inclusion” with questions about gender and race. To be honest, this was a bit weird to me but that’s another story. I looked for my racial background – but it was not listed. The geographically closest choices were “Arabic”, “Hebrew” (or Jewish/Israeli) or “Southeast Asian”. I was really baffled because not only could I, as a Kurd, not identify with any of these but neither would for example Turkish, Armenian or Persian people. It was a ‘Diversity and Inclusion’ page, but whole groups of the Middle East were not included.

My name is Case Everaert and I’m a Partner at Black Isle Global (www. blackisleglobal.com) where we focus on people development, organisational wellbeing, and leadership communication. Our motto is Better People, Better Business, Better World.

Last year, I refused to moderate a DutchCham event when I found out that there were six men on the panel and no women. Black Isle Global is a member of The Women’s Foundation popular Male Allies program (www.maleallieshk.org) and personally I’m a founding member of the Male Ally Leadership Council which kicked off the program in 2018. As such, I have signed a Panel Pledge: I will no longer participate in events that feature male-only speakers.

Without the opportunity for women to be recognized as thought leaders, women miss out on profile building opportunities - an important contributor to both experience and recognition of their expertise. Many professional communities miss out on the perspectives drawn from the insights and experiences of women.

A lack or absence of women on panels or as speakers is a consequence of an entrenched system of inequality. At Black Isle Global we focus on giving people a leadership voice and becoming champions of diversity and inclusion. Although we have been coaching women in leadership successfully for years, we noticed we needed to do more. Hence our participation in Male Allies and the development of a robust diversity and inclusion training program for our clients. By addressing unconscious bias, allyship, covering, inclusive communication, growth mindset, psychological safety, and intersectionality we not only help women find their voice, but now we’re also changing the system.

The Panel Pledge is just one example of how men can help to improve gender equality and be a Male Ally. Male Allies strive to engage other men, so they feel comfortable having a better conversation around gender. The goal is to form a society where men are fluent in the language of gender equality, able to continuously learn and talk about gender issues, and create real change in their spheres of influence: at home and with friends, in their teams and organizations, and ultimately in the broader community. Please reach out if you want to know more about Black Isle Global diversity & inclusion training programs and about our involvement in the Male Ally program.